“This is a very unique event that brings warring communities together through sport in the most unique setting. It is indeed the Kenya that we want.” Paul Tergat, Kenyan runner and former world record holder in the 10,000 meters and marathon.

Northern Kenya has a history riddled with inter-ethnic violence, an instability which catalysed cattle rustling, poaching and road banditry. Competition for natural resources among pastoralist clans, and high youth unemployment would often spark up low-lying tribal tensions, and end in conflict that affected communities, livestock and wildlife.

The Laikipia Highland Games (LHG) was an initiative born in October 2008 as a joint venture of the Gallmann Memorial Foundation and the Great Rift Valley Trust. The Games aim to use the fundamental values of sport in engaging people from different ethnic backgrounds to peacefully compete and connect with one another. The mission of the LHG is to foster good will, build relations, bridge divisions, and harness the natural competitive spirit of young people. They also offer a great way to tap talent in the Laikipia communities and encourage them to conserve nature and protect wildlife. 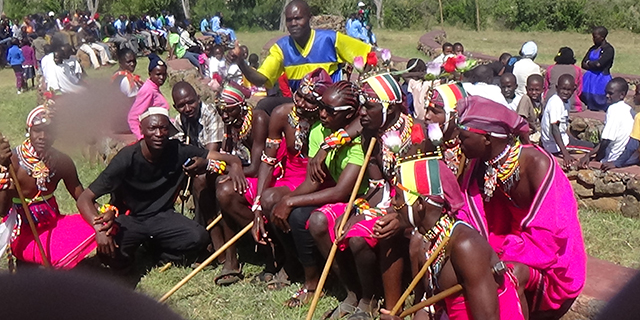 The Highland Games bring people from different cultures together through sports

The games are held at Laikipia Nature Conservancy, and include modern athletics and colourful traditional tribal games that have been played for generations. The much-anticipated event draws in competitors and spectators from conservancies, ranches and communities from all over the area.

This year, Ol Pejeta sent teams for football, volleyball and athletics, drawn from various departments around the conservancy. True to form, Ol Pejeta dominated the athletics! The multi talented Peter (bolt) Akatrot from our Livestock Department scooped gold in the men's 100m sprint (again!), and bronze in the 400m, losing out on the latter to our very own Joseph Ebong who snatched gold in the same race. Peter and Joseph also made up half of the OPC men's relay team, along with Simon Lolege and Robert Lochiam, and together they cruised to silver medals in both the 100m relay and 200m relays. Marissellah Karani from our wildlife department came in second in the women's 800m, followed by Beatrice Nashagin in third place. Francis Raimon broke the mould with a gold medal in javelin. Ol Pejeta also claimed bronze in the men's football and volleyball tournaments, and to round off a fantastic 2016 tournament, we were awarded Best Official in football and volleyball. 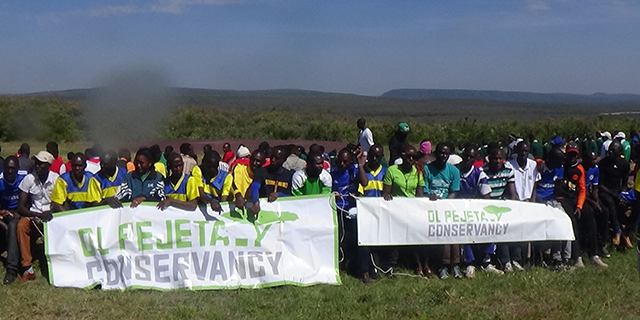 Ol Pejeta were proud to be part of such a pioneering event, that is playing a crucial role in bringing peace to northern Kenya’s communities and wildlife.