The southern white rhino (Ceratotherium simum) is listed as near threatened by the International Union for Conservation of Nature (IUCN). According to the IUCN, this subspecies was on the brink of extinction by the end of the 19th century - having been reduced to just one small population of approximately 20-50 animals in South Africa. However, in one of the most successful collective conservation efforts of the century, there are now thriving populations in east and southern Africa – totalling over 20,000 animals.

While their numbers are far more stable than their black rhino cousins (estimated at just over 5,000), their horn is still just as sought after by criminal gangs. Demand comes from Asia and the Middle East, where rhino horn is considered to have medicinal properties and is used to make ornamental dagger handles. A kilo of rhino horn can fetch up to $60,000 on the black market, but ironically, it is just made of the same substance as human fingernails – keratin.

Ol Pejeta conservancy has 30 southern whites. The first animals were introduced into Ol Pejeta in 2005. The presence of southern whites on the Conservancy was instrumental in enabling the translocated northern white rhino from Dvur Kralove Zoo to settle into African life when they arrived from the Czech Republic in 2009. Introducing the newcomers to random groups of wild southern whites in their natural environment evoked natural behavior amongst them. Over time, the natural traits became more prominent -  even motivating the northern white to begin mating.

There is actually no colour difference between white and black rhino. The name is said to have been a mistranslation of the Afrikaans word ‘weit’ meaning ‘wide’ – which refers to their square shaped lips used for grazing. This is the main distinction between white rhino and black, which have a hooked lip for browsing.

The southern white rhino is said to have the most complex social structure of all rhino subspecies (a group of rhinos is called a crash!) and prefer open grass plains making them easier to spot on safari. 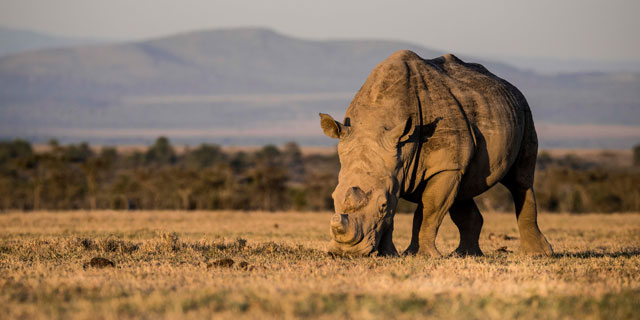 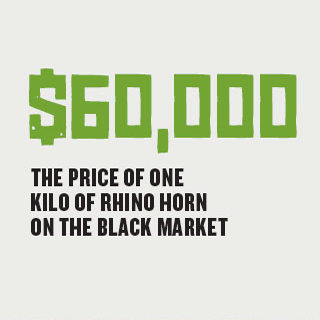 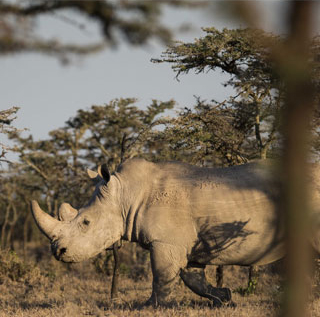