Ol Pejeta and it's advocacy project PEGAS have recently learned that the last permit has been approved for a young chimpanzee held in Iraq to be relocated to Sweetwaters Chimpanzee Sanctuary. The news is cause for celebration, as several organisations and individuals have been fighting for Manno's release for over a year. But we need your help to take that last step - transporting Manno from Iraq to Kenya. Find out how you can help below.

Manno was born in a Damascus zoo, torn from his mother at a young age. Now he sits in a cage in northern Iraq, close to territory occupied by Islamic State. The only time he is allowed out of his cage is when he is dressed up in clothes and used as a photo prop. Manno is a young chimpanzee. And he is desperate. 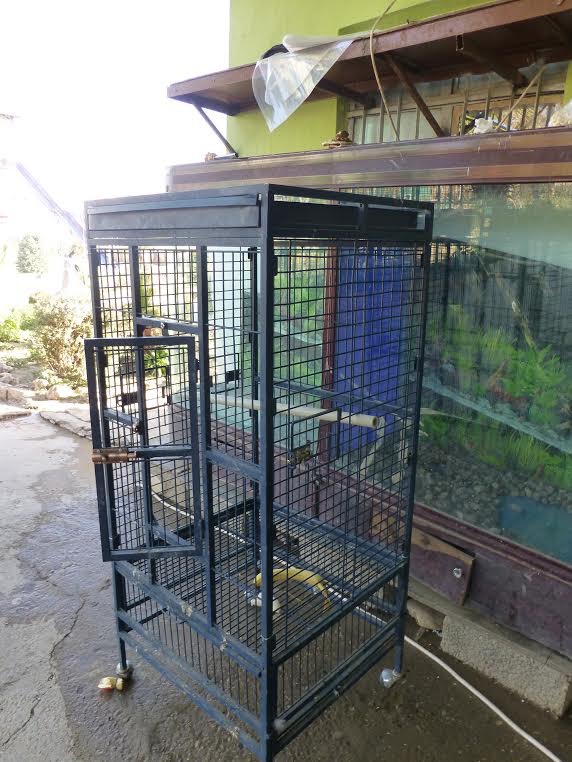 The tiny cage Manno is kept in by his captors.

What we know of Manno’s history starts in 2013, when he was smuggled out of war-torn Syria into northern Iraq. He was bought for $15,000 by a small private zoo close to Erbil, and quickly became the main attraction. Visitors pay to have photos taken with the young chimp, play with him and give him sugary sweets and sodas. The alien diet gives Manno constant diarrhea, but allowing visitors to feed him is a money earner.

Manno’s first glimmer of hope arrived in Christmas of 2014 in the form of Canadian volunteer Spencer Sekyer. Spencer came to Erbil to work at the zoo, and fell head over heels in love with Manno. He vowed to try and help him. 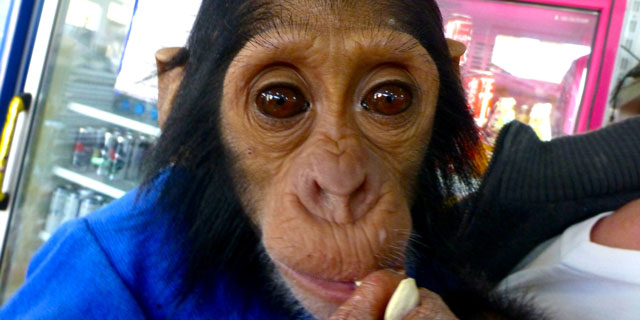 In 2015, Jane Goodall, the renowned great ape conservationist, went to speak near Spencer’s hometown of Edmonton, Alberta. He managed to get a quiet moment with her afterwards, and spoke of Manno’s plight. Jane promised to help, and got hold of Ol Pejeta Conservancy. At Sweetwaters, our doors are never closed to chimps in need. We called in the coordinator of the Ol Pejeta-initiated Project to End Great Ape Slavery (PEGAS) and got to work. 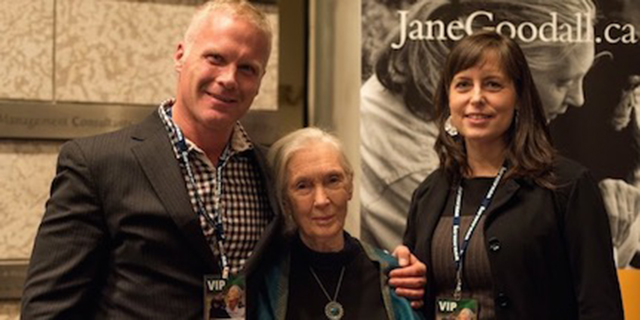 It seemed like Mission Impossible. Free a chimpanzee from a private zoo in northern Iraq with Islamic State fighting just 40 kilometers away. Working closely with Spencer, PEGAS started reaching out to regional contacts who could help. Time after time they were met with bureaucratic roadblocks, but they were relentless. Eventually, they got hold of the Prime Minister of the Kurdistan Regional Government, where Duhok zoo is located. He sympathised with Manno, and issued a decree that Manno should be freed, and relocated to Sweetwaters Sanctuary. Victory, at last.

But that was only the beginning. PEGAS and Ol Pejeta staff have been working hard to wade through the mountain of paperwork needed to export Manno from Iraq and import him to Kenya; CITES permits, veterinary health certificates and transport all presenting their own challenges.

We have just jumped the last significant hurdle to get Manno out of Iraq, to a new life at Sweetwaters. On 28th September, Iraq issued the CITES export permit. At Sweetwaters, Manno will be able to be a chimpanzee; have space to run around, a chimp family to bond with. He can climb trees, eat a natural diet and receive round-the-clock veterinary care when he needs it. We are on target for late October, but we need your help for the final push. The cost of Manno’s transport alone will be at least US$ 6,000, and we desperately need support. Click here to help rescue Manno! 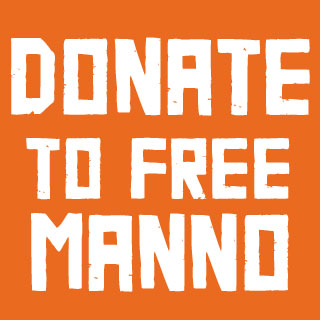 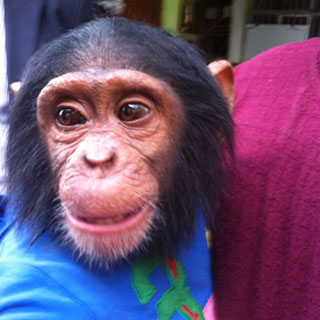 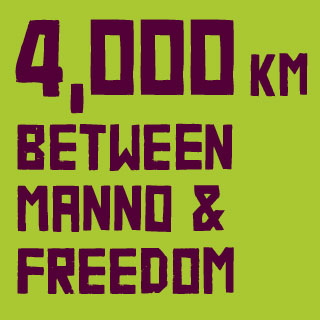