Like most rural households in Africa – families living around Ol Pejeta Conservancy rely on wood to cook. Not only does this contribute significantly to deforestation and land degradation, but smoke inhalation from traditional stoves poses a serious health risk too.

For a number of years, Ol Pejeta has been working with local communities to promote the use of more energy-efficient stoves; which use up to 70% less firewood than traditional stoves, and produce a lot less smoke. The mud-made stoves have been adapted and improved over the years, even winning “the most innovative product” three years in a row at the local community fair.

Partnering with community representatives, our latest stove project was conducted in the Weruini Community, and supported by a team from JW Seagon - who have been working with us on various community projects, including healthcare. The overall stoves project is funded through the support of Die Ofenmacher, a German based organisation.

The JW Seagon team made over 35 bricks, which can now be used to lay foundations for the stove construction. Making bricks involves mixing mud, cow dung and grass to ensure that they are durable. 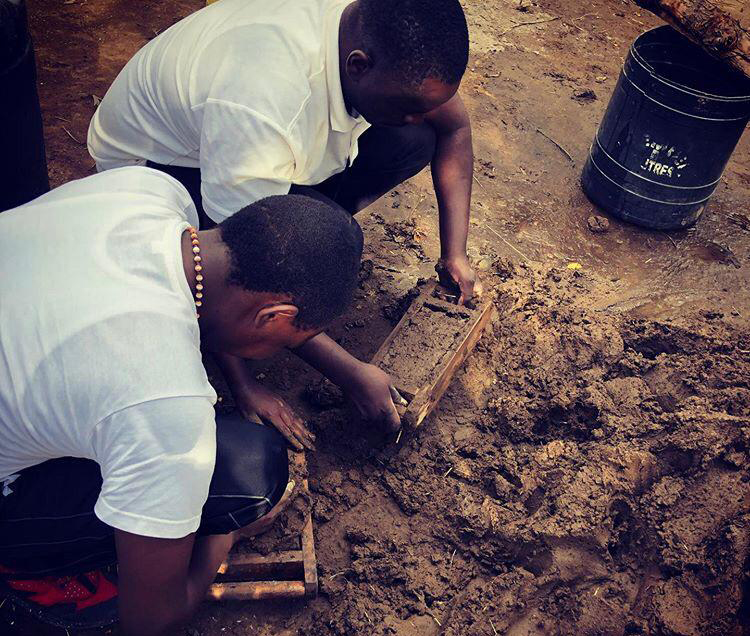 Demand is growing for energy efficient cook stoves (‘jikos’), as community representatives conduct awareness-raising meetings with households throughout the areas we work. They collect the names of interested households and liaise with Ol Pejeta’s Improved Cooking Stoves Coordinator to have the stove building materials delivered to the site, where trained builders (employed from the local areas) construct the stoves. There are currently 14 community stove builders, each making about three jikos per day. Once the stoves have dried out (this typically takes 21 days) they are inspected by the Improved Cooking Stoves Coordinator to ensure they are safe to use.

We hope to build 1,680 more jikos by the end of the year, and create more employment opportunities for the community as a result. We are also starting to switch from mud-coated stoves to cement stoves, which have a longer life span.