We took to the skies in June, just before the onset of this year’s rains, to conduct Ol Pejeta’s first dry season wildlife count. Ideally, this count would have been conducted in March, but heavy turbulence throughout the month denied us our wings. 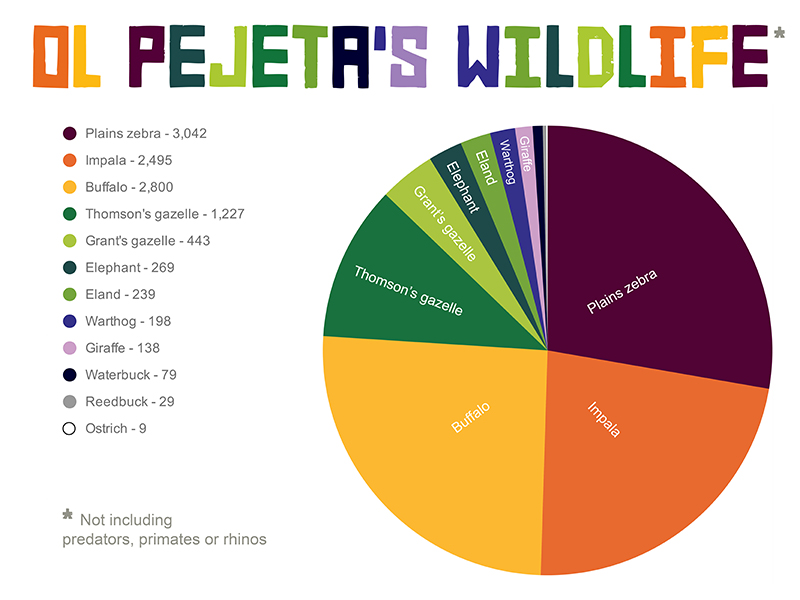 Counting wildlife is a time-consuming and expensive operation, but gathering data on key species* is vital in ensuring we create and adapt the most effective conservation strategies. We’ve been doing this since 2010, and are building up a valuable database to compare and grow.

The team observed significant clustering of wildlife in this count compared to other counts. This made it easy to spot and count herds of buffalo and zebra (perhaps making this count slightly more accurate than previous ones). We won’t know whether the clustering is due to the scarcity of water until we conduct more dry season counts in the future.

Numbers of animals counted can be seen in the graphic, but here are some other great insights we learned from the count: