When he was first moved to Morani’s enclosure, we knew he faced an uphill task. Morani had been the consummate ambassador. Over time though Baraka has proven he is more than equal to the task.

The move into Morani’s enclosure was necessitated by his total blindness. He lost his right eye defending his territory from another bull and the left later developed a crystalised cataract. This total loss of eyesight meant he could no longer survive in the wild. Lucky for him just then we recruited him into our workforce. He was moved into Morani’s 100-acre enclosure where he surprised everyone as it took only three weeks for him to fully adjust to his new home. Baraka is now fully settled at Morani Information Centre where he is doing a splendid job of being Ol Pejeta’s black-rhino ambassador to humans.

By adopting Baraka for a year, you will help us to give him the life he deserves. You will also help us to secure the future of all the rhinos that live on Ol Pejeta. 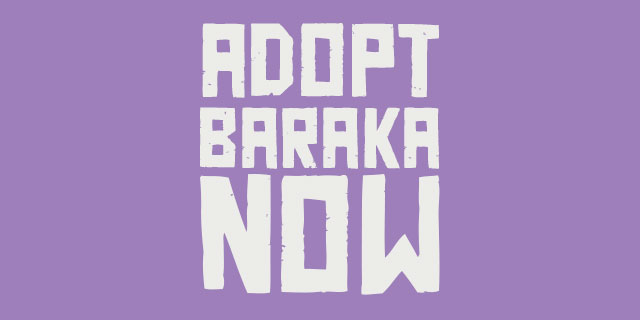