We celebrate every black rhino born on Ol Pejeta, but the birth of a male calf in May was cause for double celebration. Njoki’s baby brought the total black rhino population on Ol Pejeta to 120, the highest it’s ever been. The calf was the fifth black rhino to be born in the Conservancy this year, alongside two white rhino calves.

But with this immense achievement comes a capacity problem. 120 is the estimated maximum number of black rhinos Ol Pejeta’s 90,000 acres can host, before food and territory requirements can longer be met. 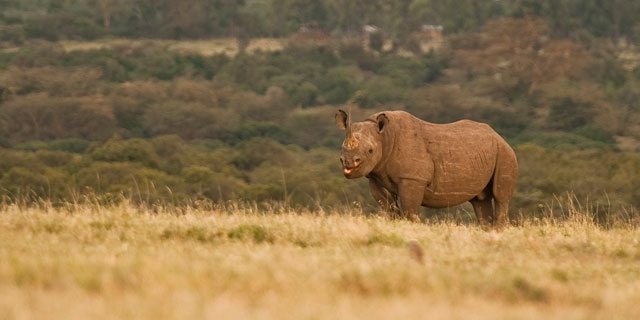 Luckily, we’ve been planning for this. In 2015, we secured the neighbouring Mutara ADC ranch from the government to form Mutara Conservation Area (MCA). The 20,000-acre site will create a black rhino dispersal area, as well as connect Ol Pejeta and the greater Laikipia-Samburu ecosystem. The latter is critical for migrating wildlife, such as elephants and wild dog.